The Murals of Legal, Alberta (Part 1)

When first approaching Legal, Alberta, visitors can stop at the Ensemble-Together Monument that was created by Ernest Chauvet, welded by Louis Forcade, and painted by John Ellenberger. It has a Canadian flag at the centre and the flags of Britain and Quebec on either side. The monument affirms the cooperative spirit of 1775 when the British, French-Canadian, and First Nations peoples fought together to push back American advances.

The town has continued to celebrate that cooperative spirit ever since the first settlers arrived in 1894. They have added to the original collaboration by welcoming people from various countries and of varying ethnicities. Those people are represented by the ten smaller flags being held by the figures in the monument.

On arriving in Legal, I was delighted by the first mural that I saw. This wonderful painting of plow horses is in honour of Jean-Marie Chauvet (1876-1961) and his son, Paul Chauvet (1912-1999).  Jean-Marie arrived in Legal from France in 1901 and he and his wife ensured that their six children all received an education.

In the mural, you can see Jean-Marie working in his garden and Paul reading while seated on the plow. Paul completed grades 9 to 12 by correspondence and went on to get a Bachelor of Arts degree from the University of Alberta. 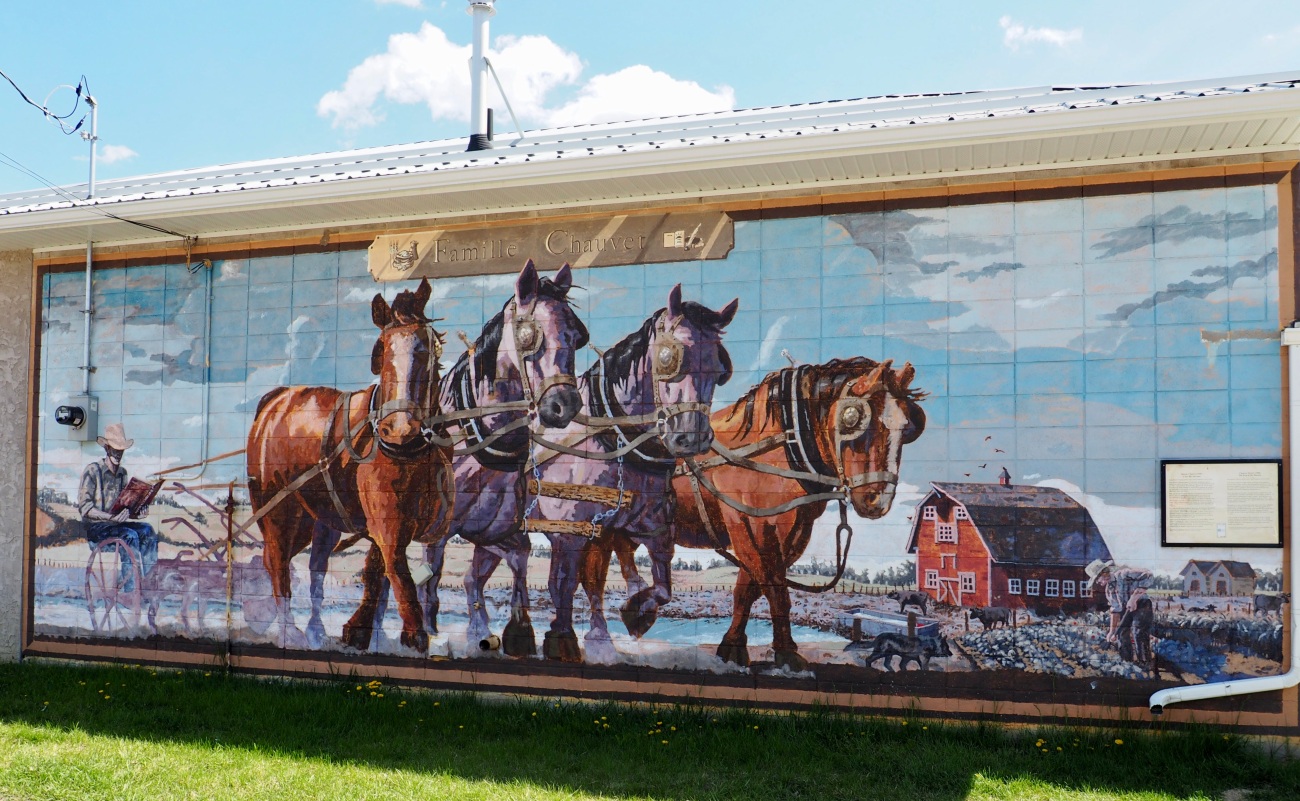 Paul married Simone, a school teacher, and both were very active in local businesses and education, particularly in determining that French and Religion could be taught in Legal schools.

The mural was painted by Paul and Simone Chauvet’s grandchildren, Marc and Daniel Michaud.