I tried to watch the second presidential debate yesterday, but gave up after about twenty minutes. It was making me really uncomfortable and embarrassed for everyone involved. Also, I was frustrated because it wasn’t a debate and I wasn’t learning anything new. So, why did they have the event, and why do we audience members collaborate in that? Either we are masochists or we take pleasure in watching degradation, or both.

I tuned in, in part, to see how Trump would respond to the disgusting Access Hollywood recording, but that became apparent in the first few minutes. It was also interesting to see how Clinton would react to this, but again that didn’t take long to find out. Similarly, we had been teased with the suggestion that Trump would bring up the topic of Bill Clinton’s affairs, so we had to see how that played out. Right?  Wrong.  We were all used. 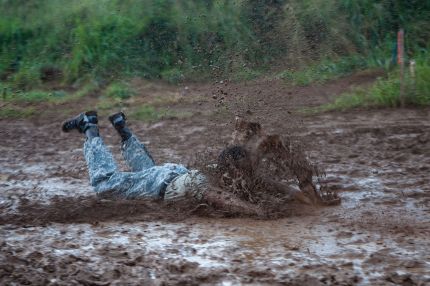 Now I feel kind of dirty.  Why did I even begin to watch? I’m not even an American, and I can’t vote in their election, so it’s mostly just academic for me. I do get to feel just a little bit superior when I watch the US political system implode, but when I realize that I am feeling that way I am ashamed of myself. The Canadian electoral system is better than the one in the US, but not so different that we couldn’t find ourselves suffering a similar spectacle here.

So it’s a kind of shock—dismay—disgust—fascination—rejection—shock cycle that repeats itself every time some new scandal is revealed. I am completely powerless to effect any change and, in fact, I add to the likelihood of it recurring just by watching the debates and election news on my television. That is masochistic.

gratification gained from pain, deprivation, degradation, etc., inflicted or imposed on oneself, either as a result of one’s own actions or the actions of others, especially the tendency to seek this form of gratification.

Just by tuning in and watching even some of this exaggerated posturing by privileged white people, I am degrading myself and adding to the degradation of others. If we don’t watch, they won’t show it. But, the media and the campaign directors are master manipulators who know how to draw us in much better than we know how to tune them out.

Even if we all tuned out and threw our televisions into the trash, the whole thing would just go on without us. If we choose not to be informed or to keep up with events, we risk allowing demagogues and tyrants to take over our governments.

Oh … wait.  What was I thinking? That could happen whether we pay attention or not.