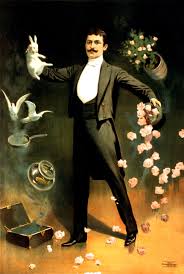 Why do I love the soon-to-be-seventy Joni Mitchell, and somewhat resent the soon-to-be-thirty Edward Snowden?  I think it’s because Joni asked me to look inside myself and question my assumptions, while Edward hit me over the head with them.

This week we celebrated two game-changers. Joni  Mitchell, famously camera-shy, gave an interview to CBC prior to being honoured at the Luminato Festival in Toronto. Edward Snowden, previously unknown, exposed to The Guardian the data-mining of the US government. Both these people have forced us to examine our assumptions, and both confirmed our suspicions.

I never really understood that what I knew of life and love were self-delusions, but Joni revealed that to me. More recently, I supposed that some government agency somewhere was keeping track of phone and email connections, and Edward Snowden confirmed that.

Joni Mitchell spoke, and still speaks, to my heart first and my mind second. When she told me that they paved Paradise (Park) to put up a parking lot, the words reverberated throughout my being. I got it. I knew what she meant.  When Edward Snowden told me that some government agencies knew which phone numbers I had called and where I sent my emails, I thought “So what?”

If the authorities know how often I call my family and friends, they gain very little. When they take down trees in my neighbourhood, I lose a lot. Joni sang “It’s life’s illusions I recall; I really don’t know life at all.” The illusion today is that it matters who knows my communication habits, but it really doesn’t.