This evening I felt uncomfortable watching The Help on TV while a large African-American man baked cornbread in my kitchen. After a few minutes of watching a fictional young white woman bridge America’s racial divide, I realized I was being very inconsiderate to my roommate’s guest. So, I switched […] 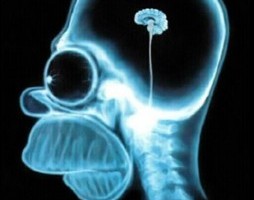 I don’t doubt it

My ventromedial prefrontal cortex is shrinking! At least, that’s my excuse. I recently read an article in the Globe and Mail which says that as we get older our ability to doubt is impaired because this part of the brain begins to shrink.* This means that we are […]

This week, I was dismayed by a stranger’s discourtesy online. I know that the anonymity of the Internet makes some people feel emboldened to all kinds of rudeness from insults to threats, but usually those things are not directed at me. Most of the time, the people in […]

Being followed by a stranger

I was followed by a stranger this week and I liked it. I started a new account on Pinterest—an online bulletin board. Within a few hours of setting up the account and posting a few items that interested me, I was notified that I had a follower. A […] 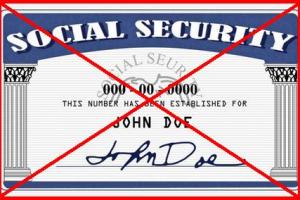 I have a problem. Frequently, when seeking customer service over the phone and sometimes online I am asked for my Social Security Number. I don’t have one. As a Canadian snowbird I pay property taxes here and file an income tax return for my roommate’s rent, but I […]

When I bought a new battery for my watch I was told that it was guaranteed for one year. If it died within that year I just had to bring in the receipt and they would replace the battery. How many people do you know who could, months […]

You don’t usually go to a social event in your underwear or apply for a job with an empty resume, but quite a lot of people present themselves on dating sites in, effectively,  those ways. They are usually just taking a peek at who is available, but they […]