This week I have attended two public events and at both there were audience members who behaved inappropriately. Generally speaking, I like people. I like people of various races and ages, abilities and educations. I like getting to know people and I like spending time with people. What […] 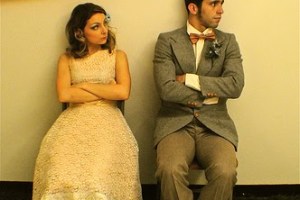 I recently had lunch at an Irish sports bar/restaurant, and ate a delicious shepherd’s pie. When I paid the bill, the meal had been identified as ”Sheppard’s Pie” and suddenly it had negative connotations. From the depths of my memory I had images of the Dr. Sam Sheppard […]

Is there something in the air? In recent weeks, I have become aware of six people who have become mad enough to quit their jobs or to retire earlier than they intended. That’s a surprising large number from among my circle of friends and family. These are all […]

A few weeks ago I rode in the company truck with a workmate and we talked about the many election signs we passed along the way. Her knowledge of the candidates in the local municipal elections was limited to the name of one of the thirty hopefuls for […]

Some people steal the knobs off appliances. They could be knobs from stoves, washers, or dryers; the knob-stealers don’t care. Discovering this odd human trait has been a revelation to me, not unlike finding out that some people are seven feet tall, or albino. It’s really odd and […]

Can I help you?

“Can I help you?” I asked him with a smile, as he leaned over the counter, peering at the miscellaneous items on the shelves behind me. He didn’t respond. Then after a pause he asked, “Do you have at least an M.A. in psychology?” “No, but I have […]

As some of you know and may have read here, I was once conned out of a lot of money by Isaac, who lives in Kenya. That was many years ago, and I have made several changes of email address and phone number since then. I must have […]