The other day, someone was asking me about my family and if I had any grandchildren. At first I said “No.” Then I said, “Well, kind of…” I’m a common law step grandparent, and yes, I just made up that title. My son’s life partner has a son […] 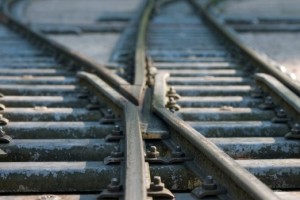 When women go through the change of life in menopause, everyone they know goes through it too. When your co-worker keeps adjusting the thermostat in the office, you suffer right along with them. When your life partner suddenly develops insomnia, you both lose sleep. If your sister is […]

I’ve gone into a men’s washroom only once. It was at a theatre during an intermission. The lineup for the women’s washroom was enormous, but there was no lineup for the men’s. One enterprising woman enquired of a man who was leaving the facilities whether or not there […]

It would be easier to learn a complete new language than it is to learn to refer someone by a different pronoun. Calling Jamie “he” is turning out to be far more difficult than I would ever have thought possible. It’s not that I object to the idea, […]

Going on an Outing

One of my children has outed me on Facebook. It was not exactly a secret, but at the same time I wasn’t quite yet ready for everyone in my world to know that I am the mother of a transgender adult. The big story, of course, isn’t mine. […]