In 2005, San Jose State University honored former students Tommie Smith and John Carlos with a 22-foot high statue titled Victory Salute, created by artist Rigo 23. It shows Smith and Carlos making a salute to human rights while the national anthem was playing during their medal ceremony at the 1968 Olympics. A student, Erik Grotz, initiated the project to recognize their courage in advancing civil rights. The statue is on the grounds of the university.

Statue of Tommie Smith and John Carlos making the raised fist salute at the 1968 Olympics.

The second place on the podium is left open at the request of Australian Peter Norman who won that medal. He wanted visitors to stand in his place and feel what he felt. 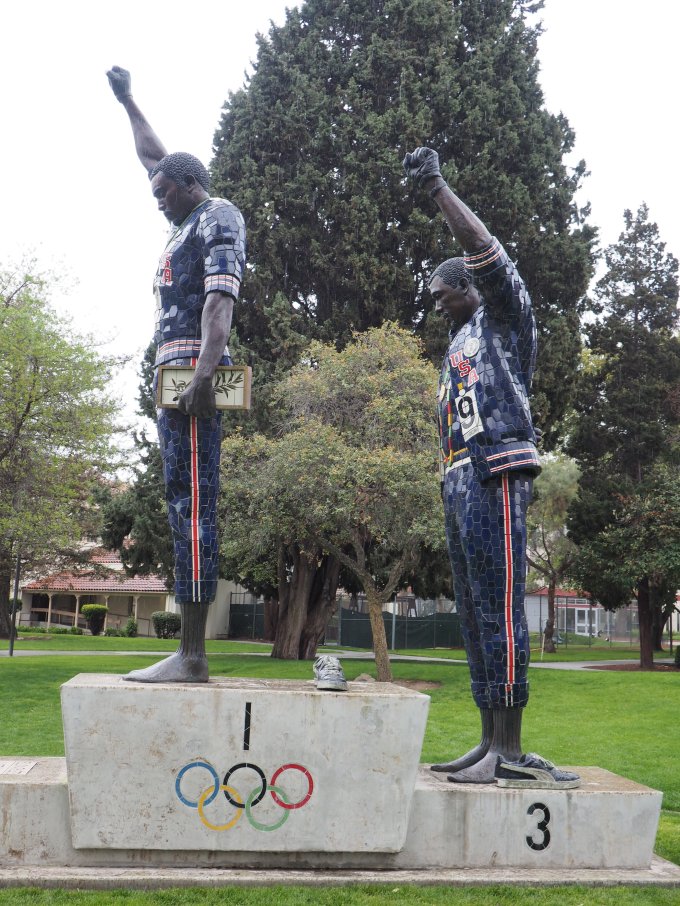 This overtly political statement was made at the Olympics in Mexico City in 1968. 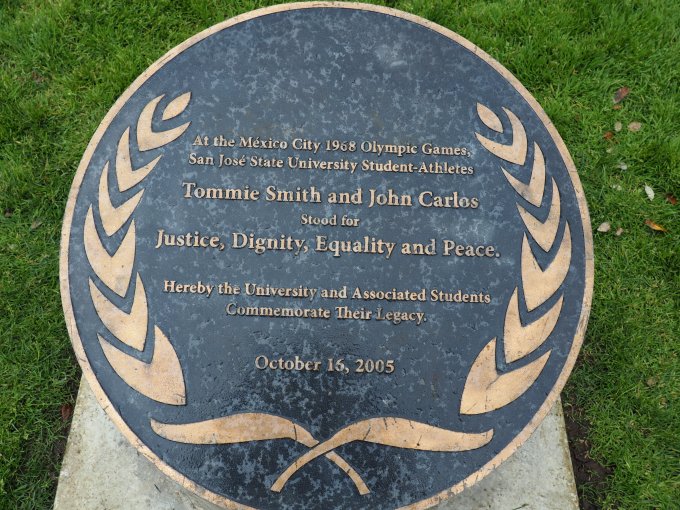 Plaque explaining the significance of Victory Salute by artist…