Concordia University (formerly Concordia College) in Edmonton, Alberta, is in an enviable location overlooking the North Saskatchewan River valley. It is a private university with some funding from the Government of Alberta. 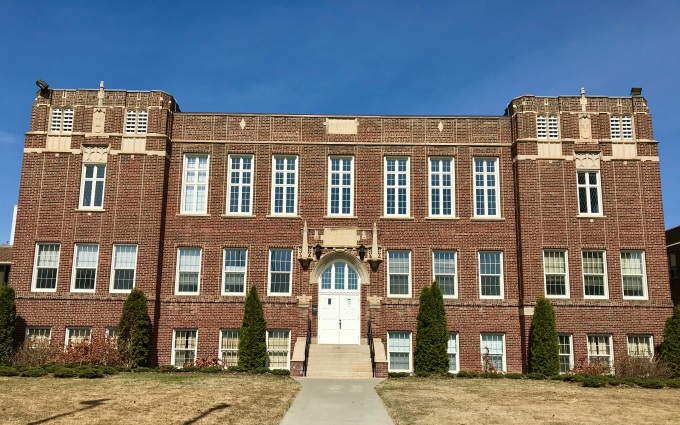 Originally, it was affiliated with the Lutheran Church and was founded in 1921 to prepare young men to become preachers and teachers. It became co-educational in 1939, affiliated with the University of Alberta in 1967, and became secularized in 2016.

The University’s original logo was replaced in 2010 with one showing the shape of this doorway which is the front entrance to Schwermann Hall, built in 1926.

“It mirrors the castle church door in Wittenberg, Germany, on which Dr. Martin Luther nailed the 95 Theses, sparking the Reformation. Further, the logo’s curved lines represent the shore and waters of the North Saskatchewan River, which lies directly below Concordia, in the Highlands neighborhood of Edmonton.” (Wikipedia)

Other Concordias that are affiliated with neither the CUS nor the LCMS include Concordia College in Moorhead, Minnesota, and Concordia University in Montreal.