Yesterday I walked along a street in which the trees have been pruned to clear the way for the power lines. As time has gone by, the trees have grown bigger and the trees’ branches have spread further apart. 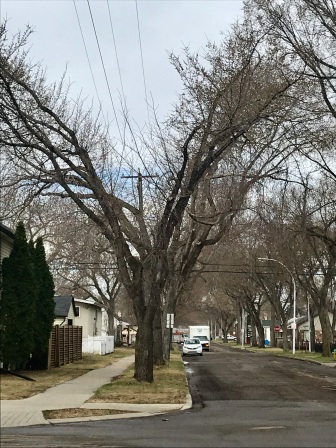 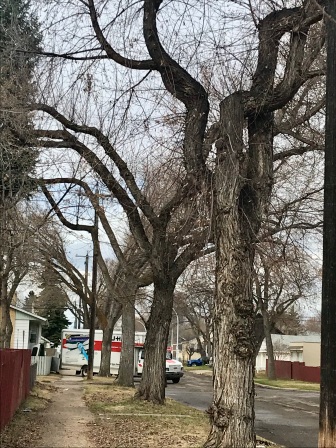 It doesn’t take much of a stretch of the imagination to see this as analogous to the relationship between the earth and humans’ need for energy. 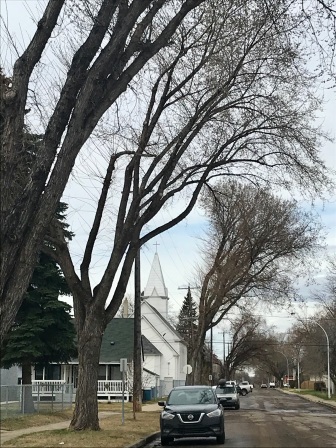 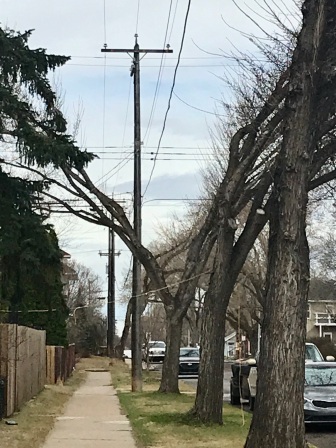 One could say that mother nature has had to spread her limbs to accommodate the power companies. She has been forced into some awkward positions, but she has stayed and she has continued to grow regardless. She will still be here when the energy companies have taken what they need and have left her behind. 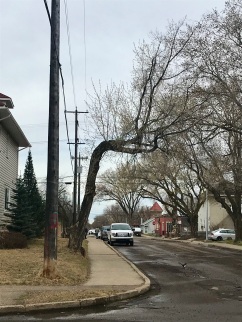 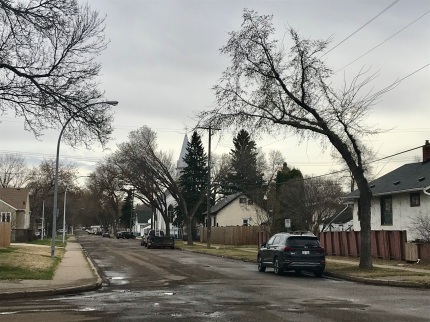 Or, maybe that’s just my take. I can get carried away sometimes.