Once, when my brother Philip was visiting my sister Vera in California, he asked her the names of the flowers in her back yard. Vera said she didn’t know, and Phil was shocked. How could she not name her own plants? Well, Vera explained, she didn’t care what they were called. She just liked looking at them.

Naming things seems to be very important to the English. When I was a child growing up there, I did my best to remember the names of plants and trees for school tests and for Girl Guide badges. As I recall, many people there took great pride in their ability to name all sorts of things. In fact, colonial Brits, when they went to foreign lands, gave names to mountains, lakes, and rivers even though the locals already had perfectly good methods by which to identify them.

When I was walking with Jamie yesterday along the promenade beside the North Saskatchewan River in Edmonton, I was delighted by all the lovely flowers there. I asked Jamie if they knew what they were called and, just like their Aunt Vera, Jamie said: “I have no idea.” That conversation led to this blog post and my attempt to name some of the plants we saw after we took a ride in the funicular down to the river valley.

Following the construction of the award-winning funicular in Edmonton, the surrounding area was restored with landscaping using plants that are native to the area. These plants have now become well-established and were in full bloom yesterday.

With the help of Google, I have tried to identify them and I have put here their common names. However, some I am not sure of and there is one that I could not name. If you can help in identifying them, that will be appreciated. You may have to find a British person or a Girl Guide to help you, though. 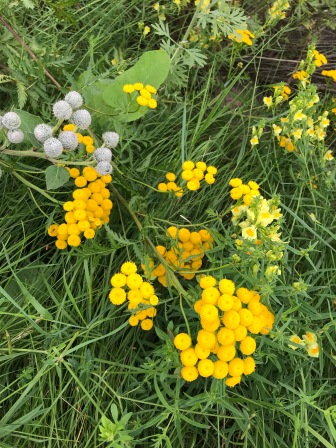 Poems For A Small Park by E.D. Blodgett

Poems For A Small Park by E.D. Blodgett 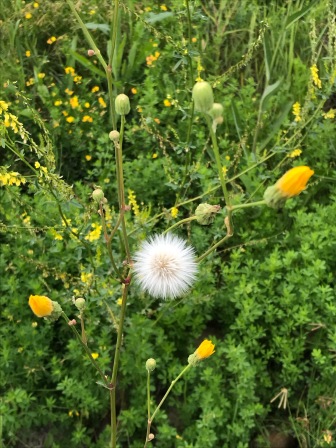 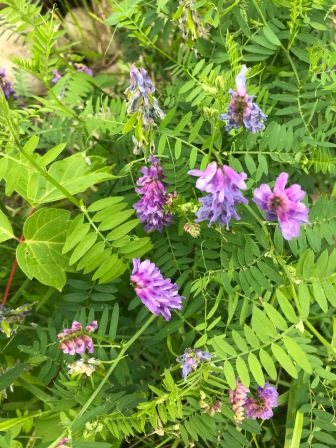 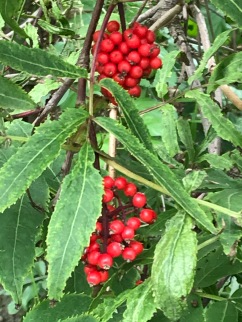 Alongside the path on the north side of the North Saskatchewan River are lampposts on which are plaques with the words of Poems For A Small Park by E.D. Blodgett. Two of those plaques are shown above. The poems were written in the languages spoken during Edmonton’s early days – English, French, Cree, Chinese, Ukrainian, and a Métis dialect.

This video shows the view from the lookout at the bottom of the funicular.