Nothing compares to Breyer’s Simpsons’ Chocolate Chip Cookie D’Oh ice cream which used to be sold in my grocery store, but I’ll take whatever is second best. The problem is my fridge freezer doesn’t freeze as well as it is intended to, so my ice cream is much softer than it should be. That’s why I’m eating it like soup. I’m also drinking more wine than is good for me and I haven’t cooked supper, so this will have to count as food.

I’m also kinda watching Suicide Squad. Don’t judge me. I glance up to the screen when Joel Kinnaman comes on the screen because I loved him in The Killing. Otherwise, it’s all just weird people killing monsters which is pretty old hat as movies go.

In the midst of all this ice cream drinking and wine eating, I got a call from the federal NDP (a Canadian left-wing party) in Ottawa who wanted to know how I was. I told them I was well and then there was an awkward pause. Then the caller asked about the weather and I reminded her that our weather currently was smoke. She chuckled and said she had read something about that, which did not impress me. Alberta is a long way from Ottawa, but even so, they should know we have some serious wildfires going on right now.

I can’t remember exactly how the conversation continued but I remember telling the caller that I always voted left of centre and had voted Liberal and NDP in the past. (Actually, in a brief moment of insanity about thirty years ago, I voted Conservative, but we don’t talk about that.) Then she asked a question about my primary concerns and I told her that I resented how the current government had reneged on their promise to engage in electoral reform. I also said that climate change was a big concern and that it needed urgent attention.

I then got on my bandwagon and told her that the NDP should not “preach to the choir” since we were already persuaded. They needed to appeal intellectually and emotionally to those on the other side of the political fence. She said something about jobs but it sounded like pre-packaged talking points so I don’t remember it all. To be honest, I remember much more of what I said than what she said. 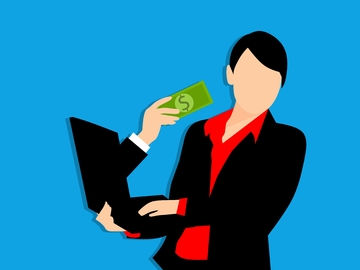 Then she got into the nuts and bolts of the whole conversation which was money. It seems that Canadian political parties used to get election funding according to their popularity (or maybe it was according to votes) but those laws have changed. Now they have to beg for every penny. I don’t remember the details (which I blame on the ice cream) but some parties get a lot of money from big donors and corporations and others don’t. Not surprisingly, the NDP doesn’t.

She wanted me to donate money over the phone but I don’t do that. I asked her to send me an email and then she decided she had lost me so she hung up. Actually, she hadn’t lost me, but I’m still waiting for the email.

Give to your local charities and your federal political parties. Some of them are in great need.