There are lots of things that happen to your mind and body as you age; some of them you expect and some you don’t. This is about a couple of things I didn’t expect; long earlobes and insomnia. 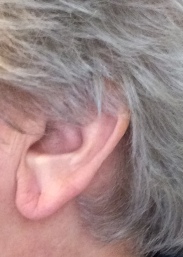 The older I get, the longer my earlobes get. They are not ugly, not painful, not troublesome in any way. They are just getting longer. Why is that?

Every time I put in earrings now it seems that my earlobes are just a little bit longer than they were the time before. The holes that my earrings go into are at slightly different angles, and each time I struggle a little to find the right route. 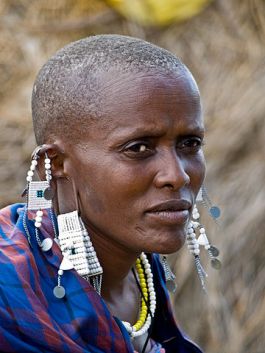 By William Warby – Maasai Woman, CC BY 2.0, via Wikimedia Commons

I think my earlobes are trying to tell me something. Maybe they are telling me to buy clip-on earrings. I know that some cultures use long earlobes as opportunities for decoration, so perhaps I should follow their lead. Bigger, bolder, flashier earrings may be in my future.

Several times a week I wake up in the middle of the night. It’s often 3:00 AM, but it could be earlier. Then I stay awake for a couple of hours. I have read all the articles about sleep hygiene and have tried sleeping pills, melatonin, counting backwards by threes, not eating or drinking for several hours before bed, counting to eight when I exhale, pretty much everything. Some of these work sometimes, but mostly they don’t.

My solution is just to read a book or go online. It doesn’t seem to matter what I do; I’ll be awake for about two hours. 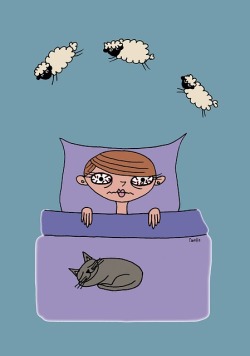 Image by Fanette on Pixabay

I am used to it now and I don’t stress about it, but it’s just an odd thing to have happened as I’ve gotten older. I have talked to friends and relatives who have similar experiences and they have all become accustomed to it. They all say it started happening as they got older.

An article in Popular Science about hunter-gatherer groups in Tanzania suggests that “In mixed-age groups, grandmothers—or grandparents in general—may sleep discontinuously so that they can remain alert to potential dangers while their offspring rest.” I really hope this is true because that would mean that I’m not just wasting time. I am protecting my family! That feels entirely reasonable to me.

Maybe those researchers could find a good evolutionary reason for long earlobes. It can’t be just a part of all the random drooping that has affected the rest of my body. It must have some higher purpose. I’m going to hold out for that.

Until the anthropologists come up with a better reason for it, I’m just going to assume that those Tanzanian grandmothers got bored while they were awake during the night. They didn’t have laptops and so they started decorating their ears to pass the time. Really. Who wouldn’t want beautiful night guardians?