In November 2014 I made a big change. I sold my house in Red Deer, Alberta, and together with my eldest son and his fiancee, bought a house in Edmonton.  I had really enjoyed living in the Red Deer house, but it was too big for me as a single person.  Also, both of my children and their partners live in Edmonton, so the move made it possible for me to spend more time with them.

We bought a house that had a finished basement and which made it possible for me to have an independent suite while at the same time living close to the family.  I enjoy their company when they drop by to chat, and it’s lovely to be invited to dinner when they have company.

When we moved in, the basement suite needed some work.  It had been used as income property and every door had a different key, and because we had more keys than we could figure out, some of those door handles had to become regular passage sets instead. The other big change was in painting the walls. 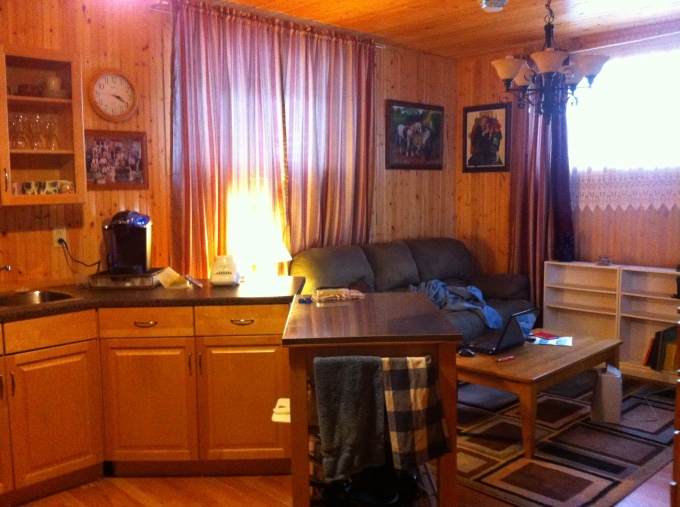 The previous owner had, it seems, acquired a large supply of pine panelling, and he put it everywhere. All the walls and ceilings were covered in it and this made the place quite dark.  Ideally, it would be nice to replace these with regular wallboard one day, but that will be an expensive and disruptive process. Until that happens, I decided that it was more important to make the suite appear brighter than to improve the materials. Consequently, in 2015, I had painters come in and paint the walls a light grey and the ceilings and trim white.  What a difference!

Recently, I realized that another reason the suite was so dark was because of the light fixtures.  The previous owner had installed ceiling and wall lights that were not to my taste and which used incandescent bulbs. These create a yellow light which is fine when you have large windows, but in my suite the windows are relatively small so there is limited natural light. So, I have replaced those light fixtures with an LED central light and two wall sconces with LED bulbs.

As soon as the new light fixtures were in, the whole atmosphere in the apartment changed. Now I feel as though I have more energy and can be more creative.  If any of my readers find themselves living in a relatively dark environment, I encourage you to invest in new white LED lights.  They will change your life!

I just installed another LED light, in the kitchen area next to the living room. Now both rooms are even lighter. 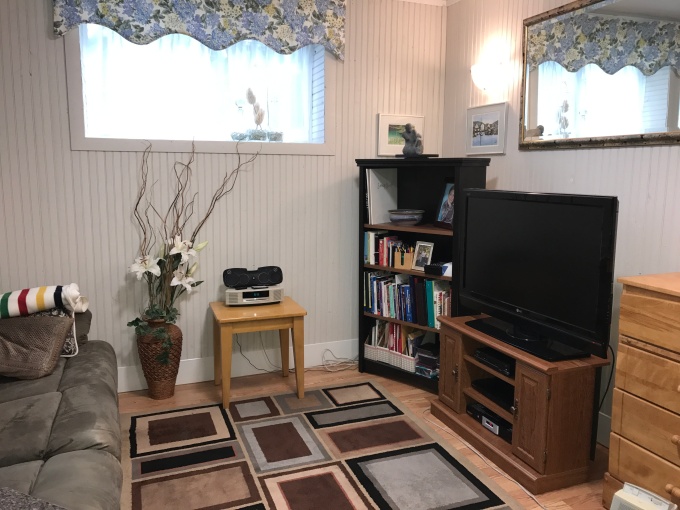