Weeding Out the Problems 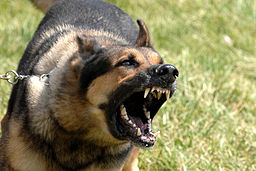 Yesterday I was weeding the flowerbeds in our garden when a dog in the back yard of a house two doors down the street started barking.  I think it was barking at me, but it’s hard to say.  It barked intermittently for the whole ninety minutes I was outside, both in the front of our house and the back.  It barked at cars that drove down the back alley and sometimes at birds. Basically, it barked at anything that moved.

Facebook’s algorithm for weeding out child pornography works exactly the same way.  It is aware of anything that looks like it could be a threat, whether it is actual pornography or an iconic historical news photograph.  It doesn’t know the difference. That’s how they ran into trouble with a Norwegian newspaper. The newspaper included an article featuring the famous photo of a naked girl running away from napalm in Vietnam. When they included it in their Facebook feed, the algorithm deleted both the photo and the article. The newspaper, understandably, objected.

One of the reasons people have dogs is so that they can guard their houses. Dogs provide an early warning system if there are people in or near the property, and this can be a good way to ward off danger. There is a problem, though, when the dog doesn’t know the difference between a potential burglar and the friendly neighbour, or the difference between a hostile movement and a magpie. Their owners have to teach them how to discriminate.

I have never owned a dog, but I imagine that it must be a long, slow and frustrating process to teach a dog that you want it to bark sometimes, but not always. You would have to scold it when it was barking unnecessarily, and praise it when it was helpful.

I don’t know how Facebook can fix its algorithm, but it’s going to have to stop barking all the time at cars, birds, and the neighbour weeding her garden.  They are not a problem, and that neighbour lady is going to get really annoyed.

The articles I have read about this seem to focus on the idea that Facebook is abusing its power by exercising editorial control over which news items it will allow.  I think that is missing the point. In using this algorithm Facebook is a barking dog which exercises no control at all over its own ability to bark. It just censors everything that looks like it might be a threat.

Someone needs to train that thing.