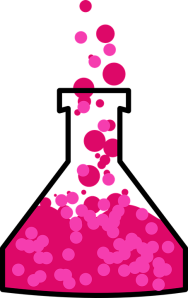 Regular readers of this blog will remember that I promised to provide an update on my social experiment: living for five months in California without a car.  At the end of December, I flew from Alberta to spend the winter in San Jose, and I had intended to buy, rent, or lease a vehicle during my stay.  In the end, though, the cost didn’t seem to make sense, so I didn’t.

Instead, I downloaded the Uber ride-sharing app and signed on with the car-sharing system, Zipcar. I also used a public transportation Clipper card.  Of these I have used only Uber and Clipper.  There never seemed to be a need for the Zipcar. I hope that the membership is not a waste, though, because it wasn’t easy to get. I had to send copies of my Canadian driver’s licence and my driving record.  I didn’t even know I had a driving record! It’s a very boring account, but I now have a report of my lack of traffic tickets.

My biggest mistake was paying to register with Zipcar and getting an annual membership without actually having a trip planned. I should have waited. Registration cost $25.03 and the annual membership was $76.13 with tax. Maybe I’ll use it when I get back next December. (Actually, please remind me to do that.)

The best value for money has been the Clipper card.  I don’t know how many bus, light rail, and train trips I’ve taken altogether, but it is many. For seniors, local bus and light rail trips cost only $1 per ride. My one trip between two zones on Caltrain cost only $5.20 each way. I think I have spent a total of about $40 on the Clipper. I don’t know exactly because I don’t know how much was already on my card when I got here or how much is left on it now. I only know I loaded it up once with $30.

The most convenient and pleasant means of transportation has been Uber. I have taken a total of 19 rides with Uber, at a cost of an average of $10.13 per ride. Most of my rides took about 12 minutes. The cheapest and shortest ride cost $6.55, and the most expensive was $15.12 during surge pricing. (Surge pricing is when there are more requests for cars than there are cars available.) In total, I have spent $191.14 on ride-sharing.

On the social side, there has been a process of growing to acknowledge and accept my being car-less both for myself and those closest to me.

I have done a lot of walking, but that is not new for me.  I have perhaps walked slightly more than I normally would, but not a lot more. The most interesting impact has been in my grocery shopping since the nearest grocery store is about a fifteen-minute walk away. Instead of loading up my cart with whatever takes my fancy, I have been careful to choose the smallest, lightest versions of everything from orange juice to toilet paper. I have taken home my groceries in a wheeled bag with a regular shopping bag strapped on top of it. I shopped only once every two weeks and managed to do quite nicely with some judicious meal-planning.

At the same time, I have done all my other shopping (for clothes, wine, and miscellany) online. This worked out nicely as I always bought enough so that shipping was free and delivered to my door.  On the other hand, shopping online in the evenings with a ready supply of wine in the house has meant that I have had to send a few things back.

Something else that has changed is that I have not volunteered this year. I normally volunteer at a Habitat for Humanity Restore, but they switched locations. Now they are inaccessible by foot or public transit, so I haven’t gone there. I miss the work and the people I worked with, but when I visited the new site I didn’t see the people I knew so I decided against signing up again.

My family and friends have frequently offered and given me rides, for which I am grateful. They have viewed my little social experiment with some bewilderment but as the months have gone by they have warmed to the idea.  At first, my sister wanted to check out the drivers of my Uber cars, but she has resigned herself to accepting that she can’t do that every time. I love her for wanting to, though.

Where my system has fallen short is that I have not gone to as many places on this trip as I have in the past.  In past years I have visited my family who live an hour-and-a-half away in Monterey. Also, one year I tried to visit a different public park every month. On other visits I made a point of visiting the ocean or San Francisco. Those familial and occasionally whimsical trips have not happened this time. I could still do those things, but I haven’t. I suppose there is something about actually calling for an Uber car or booking a Zipcar that takes some of the fun out of spontaneity.

I have done all of the necessary things and most of the social things I normally do. All-in-all, I have been to most of the places I normally go to for much less cost than renting or leasing a vehicle. The question that remains is to decide on the value of venturing further afield just for the fun of it.

Well, there is another question, too. Am I going to drive or fly down next year?

The jury is still out on that. I’ll get back to you.