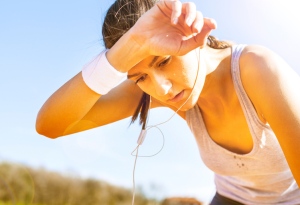 My mother had an adage for every occasion. If it was a very hot day she would say, “Horses sweat and men perspire, but ladies only glow.” The implication was that men were more civilized than horses and women were more delicate than both, or at least less smelly. It was also a reminder of the difference between the working class and the wealthy. Girls and women were supposed to try to be ladylike, and ladies were not known to get much exercise.

When something awful happened like a divorce, Mum would say, “What doesn’t kill you, makes you stronger.” This may be true in an ideal world, but it doesn’t really help much when you have a broken heart. Nevertheless, it made me believe that my essential spirit could not be broken.

When life presented difficult challenges like not being able to afford something, she’d say, “There are worse troubles at sea.” I never really understood that, but I assume it referred to the times when being a sailor or fisher was really dangerous. I mean, more dangerous than it is now. That phrase was intended to stop me feeling sorry for myself, and I still have an empathy for those less fortunate.

More than once she told me, “You are penny wise and pound (£) foolish,” and she was right. I still am. I am frugal about day-to-day shopping but I tend to lose focus when the numbers get bigger as when buying cars, houses, and vacations. I have to work on that.

When assessing potential boyfriends, she’d say, “You can’t judge a book by its cover,” and she was right.  It was interesting that she didn’t always apply that rule to books, though. I don’t think she ever read anything that had a sexy image on the cover.

I never really bought it, but somehow cheating was sometimes ok because, “All’s fair in a love and war.” I’m still not sure if she was right about that, but life has taught me that many other people absolutely believe that to be a truism.

We weren’t allowed to open an umbrella indoors, but there was obvious logic to that. Someone could lose an eye; and that’s what she would warn us of when we were roughhousing or waving scissors around.

And even though I was told never to give knives as gifts because it would sever the relationship, I once gave chef’s knives to my son-in-law and nothing terrible happened. At least, I don’t think so.

There are probably a hundred more sayings that I haven’t listed here, and they formed the foundation for the family’s morals. I expect that my siblings have all said the same things to their children because those sentiments are a reliable kind of touchstone.

As I look at them now, I realize that they are nearly all positive or forward-looking. And that, I think, is a good basis for any family to use when faced with life’s uncertainties. When in doubt, remember what mum always said.