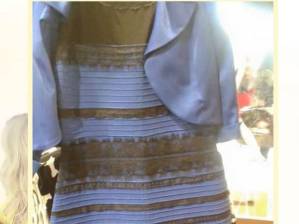 I have just finished reading the very moving and beautifully written Letter to My Son by Ta-Nihisi Coates in The Atlantic. (http://www.theatlantic.com/politics/archive/2015/07/tanehisi-coates-between-the-world-and-me/397619/). It is a raging love letter, and a complex acceptance of disquieting truths about racism in America. I won’t try to paraphrase it because I would not do it justice, but I do encourage you to read it.

Since I read it, I can’t stop thinking about one phrase in particular, which was repeated several times. Coates talks about “Americans who believe they are white.” I don’t know what he means by that, exactly, but at one point Coates says “the power of domination and exclusion is central to the belief in being white, and without it, ‘white people’ would cease to exist for want of reasons.” There are many complex and controversial ideas embedded within that sentence, and I am still wrestling with all that it says to me.

I virtually never think about my race or my skin colour, but I know people of colour who are aware of their race all the time. I have been made embarrassingly aware of this through conversations with my California roommate and her friends who are of various racial origins. At one time, one of her friends asked me what I would say was my race, and I paused.  I don’t think of my race as “white” so I said “Anglo-Saxon.”  Everyone laughed. For them, it was ridiculous for me to say that I didn’t think about race, and it was really funny that I didn’t say I was “Caucasian”.

And that—my racial non-consciousness– is what Coates is talking about. At least, I think that is a part of it. Part of it, also, is in the privileges I am not aware of even as I enjoy them.

Perhaps Coates is not referring to everyday lives at all. He may be referring to all of our racial origins. My belief that I am white is based on a very flimsy—no, faulty—foundation. Originally, my ancestors were not white at all. We now know that humans came from Africa, more specifically Ethiopia, about 60,000 years ago. National Geographic has been mapping DNA for over ten years and if you have $200 to spare you can participate in this project, too. (Just click on the links here to find out how.)

But Coates’ article isn’t about being white and it’s not about the origins of race. It’s about his experience of being black in America. And the fact that I dwelt on that one phrase is just another symptom of the complexity of the problem and the narrowness of my focus. So narrow, in fact, that it is a blind spot. It’s all fine and good for me to be oblivious to race, but that is only possible because I am white.