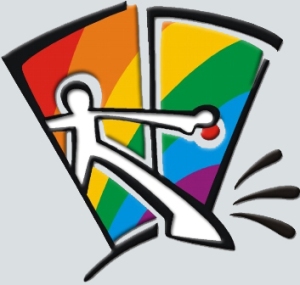 Caitlyn Jenner was on the cover of Vanity Fair magazine last week and created her own Twitter account. She has also created a firestorm of interest in transgender issues.

This has been coming for a long time, and most people have noticed Jenner’s appearance changing over the years. We didn’t think too much about it, but in the back of our minds we wondered what was going on. Maybe he was just getting lots of plastic surgery, or maybe he was a cross-dresser, or maybe he was just strange in the way that reality show people often are. Regardless, it didn’t matter too much to us except as one of those tidbits of celebrity gossip.

Now, though, we are paying attention. When Jenner was interviewed by Diane Sawyer in April, I watched the whole thing live. Yes, I even sat through all those millions of ads they had running during the two-hour show.  My roommate said I should have DVR’d it, but I couldn’t wait.  I was fascinated and terrified at the same time.

I was afraid that the show’s producers would want some sort of spectacle that would be embarrassing or degrading or just plain rude. But they took the high road, and I was impressed. The tone of the interview was inquisitive but respectful, engaging but not dramatic.  It was the kind of conversation one would wish all transgender people could have with their families when they come out.

When my youngest child came out to me as transgender, I’m pretty sure I wasn’t unkind, but I had lots of questions. I still do. He and I get along quite well, so whatever I said wasn’t relationship-ending, thankfully. His news was a surprise but not a huge one. For some years I had known he was bi-sexual and that took some getting used to, but in the end his sex life is none of my business. Learning that he was transitioning was certainly unexpected, but mostly because I had never had to think about it before.

Once I knew what was happening I tried (unsuccessfully) to find a support group of some kind. I wanted to talk to other parents of adult transgender people, but I couldn’t find them. I even tried to start my own Meetup.com group, but that didn’t work out. The people who wanted to join were few, and none of them was a parent.

In the end, I just had to learn what I could from books and blogs, almost all of which were autobiographies. I also had to listen to my child as he talked about what was happening to him. I asked some questions, but mostly I just had to wait until my understanding caught up with my knowledge.

I wish that every transgender person could have not only a Diane Sawyer-type discussion with their families, but also an Annie Leibovitz-type magazine photo spread.  Her pictures of Caitlyn Jenner are fabulous. They show her as the glorious woman she always knew she was.

By way of contrast, Piers Morgan’s interview with author Janet Mock was an embarrassing attempt at infotainment and Mock was offended that the show had sensationalized her transition without giving due attention to her life and work. She discusses her experiences of transitioning and coming out in an interview with The Atlantic.

What impresses me most about Caitlyn Jenner’s coming out is that it has been so public and yet dignified. Not surprisingly, there have been some undignified responses by some in the media, and Jon Stewart drew attention to these in his piece about it on The Daily Show. He also pointed out that being a woman in America has some distinct disadvantages. However, when I think about Jenner’s celebrity status and ongoing television presence, it is remarkable how well she has maintained her poise. She has chosen not only to live the rest of her life as a woman but also to define a prouder path for other transgender people when they come out. She has achieved this in part because she has made her transition known in such media-savvy ways.

She has opened up the conversation so that friends and family members of transgender people can start to understand better, ask better questions, and find ways to wrap their minds around the change in their loved ones. Transitioning is hard, but Caitlyn Jenner has made it considerably easier for transgender people and their families. She has helped us to understand, and that’s impressive.