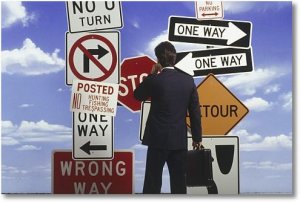 My brain is buzzing. I haven’t had enough sleep. My brother-in-law is in the hospital and I’m waiting to hear how he is doing. I am also trying to reclaim my car that was damaged in a fender-bender

I spent an inordinate amount of time on hold with my insurance company this morning, and then when I did finally speak to someone who was able to tell me something about my coverage, she couldn’t tell me much. I had previously got a call from the car rental company asking me if I wanted to keep the rental car longer since it was only booked for five days and it has now been eight. I said I didn’t know when my car would be ready. She told me to call my insurance company and ask them. That’s why I was on hold for ever. Anyway, I found out that I am covered for $50 a day to a maximum of $2,000 (Canadian) so I tried to call the car rental place (American) to tell them that, but there was no answer.

So then I called my niece and asked her if she was going to meet me for coffee. She said no, and we discussed her parents and we both decided to wait home for a phone call about her dad’s health.

Then I called the body shop where my car is being fixed and they said they would call back when they knew something. Then I went online and used one of my various computers, none of which is perfect.  My old trusted and true laptop is dying because it no longer likes to recharge. When I took it in to get it fixed they said it wasn’t worth fixing so I had to get a new one, but when I went in the store no one offered to help me so I wandered about aimlessly looking at laptops, then left. When I got home my roommate helped me buy a new laptop online and when it arrived I realized that I had to re-download things like Quicken and Word, and it wouldn’t let me download Word because the one I had previously bought was too old but I’ll be darned if I’ll pay for it again, so I asked my eldest son to send me the disc. In the mean time, I have an old laptop that won’t charge, a new laptop that doesn’t let me write and has a really annoying gray font that is very hard to read. I also have a seven-inch tablet that came free with the frustrating new computer and a small Chromebook tablet that is not connected to my printer and doesn’t let me write anything on it, either. Oh, and of course, I have an iPhone and a Kindle. So I have six gadgets none of which does everything I need it to, and I want to cry.

Then the body shop called back and asked me if I had received a cheque from the insurance company and I said “No, I thought they would send you the money.”  He said they hadn’t received any money, they thought the money was coming to me, and they won’t release my car until they get paid.  It has now been over two months since my car was rear-ended. On TV ads they show insurance company agents and claims adjusters who magically appear beside you when you are in need.  I so wish that were possible.  Instead, what you get are really annoying recorded messages saying how important your call is to them, when clearly it isn’t important at all or they would have someone there to talk to you. They also have that horrible on-hold music that makes you grind your teeth, which is what I am doing right now.

Since my roommate woke up she wants to know why I am grumpy and keeps asking questions that I don’t feel inclined to answer because I am busy grinding my teeth. I’m also trying to get a Clipper card to be able to use public transport when I am volunteering at the film festival for the next couple of weeks, and have finally been able to print out the application form using the old tried and true laptop which is going to need recharging any second now….