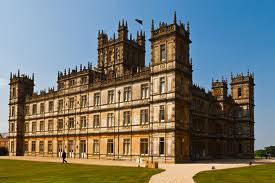 I was chatting yesterday with someone who is intrigued by my English heritage, and as we worked together at the Habitat for Humanity Restore he was encouraging me to say the English names for things—spanners instead of wrenches, lifts instead of elevators, and so on.

The conversation then turned to English television shows, and he asked me to explain Downton Abbey. This is a little difficult to do in a sentence or two, so I said “It’s about the English social class system in the 1910’s and 20’s. It shows the relationships between the aristocracy and their servants.”

He asked “So, what is Downton Abbey the building, then?”

“It’s the house they all live in. It’s like a manor house.”

“It’s where the abbot lives. Or, would have lived, once.”

“He would have been a church leader in the Anglican church.”

At this point I realized that I didn’t know if the church still has abbeys and abbots. If they do, do they still run monasteries?  Then I wondered if abbots were in the Catholic church, not the Anglican. Fortunately, by then the man I was talking to was trying to figure out why a family was living in the house of an abbot and he didn’t press me for any further information. Now that I think of it, an abbey is probably a church run by an abbot, but I’m still not sure.

The conversation had gone so far away from the television show that it was impossible to redeem it. So, I’m sorry, Downton Abbey, but I think I just put someone off watching the show.

It’s surprising  how quickly a conversation can turn from something I know and enjoy to something that makes me cross in the space of about three minutes.