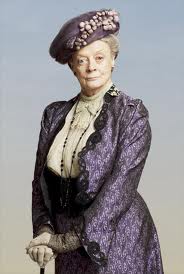 “You are more proper than I’m used to,” he said. “It’s probably the accent.”

I was completely surprised. We had just spent over an hour chatting about our lives, children, houses, jobs, travel, and so on, and I thought we had quite a lot in common. Then, out of the blue he ended our lunch with this odd statement.

On the way home I puzzled over the reference to my accent. I think I sound a bit like the Geico gecko, but perhaps he thought I sounded like Maggie Smith in Downton Abbey.

Later, a good friend laughed and told me that when he said I was proper it was code for “probably does not enjoy sex.” Really? I’ll show him! Well, no, actually. I won’t. I most definitely will not.

The more I thought about this, the more I wondered if his put-down was payback for something I had said early in our conversation. He had complained because his daughter wanted him to keep his cell phone turned on so that she could call him in an emergency. He, on the other hand, did not want to be at her beck and call so he had a cell phone, but kept it turned off. I said, “She wants to communicate with you more often!” He agreed, but felt that this would be intrusive.

This reminded me of another man I met once who said he did not want to join Facebook even though his children had asked him to do this several times. “Why should I?” he asked. “Why can’t they phone me if they have something to say?”

I’d say these guys were missing the point, but that wouldn’t be proper.